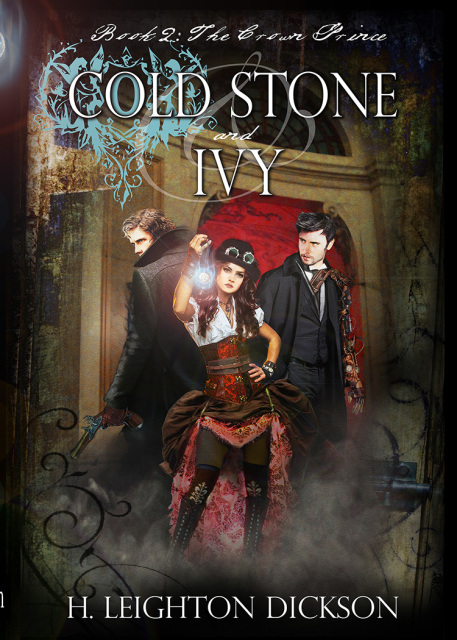 ​“The Crown Prince is dead, shot in the head. War is coming on iron feet.”

​A murdered Prince. A Gilded Empire. A clockwork locket that tick-tocks dark matter. The year is 1889 and Austria's Crown Prince Rudolf has been found with a bullet in his brain. Immediately, all eyes are turned to the Empire of Steam’s Mad Lord of Lasingstoke, a notorious ghost hunter and the last man to see the Crown Prince alive. As the first whispers of war cast a preternatural shadow over Europe, an international manhunt is launched to see the Mad Lord and his clockwork brother swiftly brought to justice. Unfortunately, young criminologist Ivy Savage has written herself into the plot and it takes all of her resourcefulness to keep them one step ahead of the firing squad.

From airships over the Black Forest to a stolen ride on the Orient Express, it’s clear that the Gilded Empire is not the only thing hunting the Mad Lord. Ghost horses and iron giants, long-dead saints and an archduchess more cable than flesh; all want something from the de Lacey brothers, not the least of which being the resurrection of the crown prince himself. But Ivy knows that at the heart of it, two lockets alone control the destiny of Empires and the clockwork is ticking as they race back to Vienna and the dangerous labyrinth that lies beneath...