To Journey in the Year of the Tiger 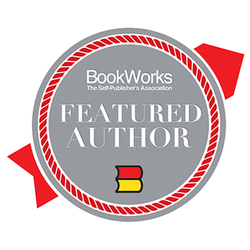 Kirin Wynegarde-Grey is a young man with a big job – Captain of thePersonal Guard of Empress Thothloryn Parillaud Markova Wu, in a Kingdom that spans from the mountains of western China to the deserts of the Middle East. He adheres strictly to the Bushido, the Way of the Warrior and he prides himself on his position, running the guard in a precise, orderly fashion. However, while his professional life is on track, his personal life is a mess, with a rebellious brother, a dangerous adjutant, a suspicious court and a love that is forbidden. When a threat to the Empire threatens to overthrow everything that is safe and known and ordered, he must lead a team that includes both his brother and his adjutant, along with three other radically different and unnerving ‘specialists’. He quickly finds himself out of his league, both physically and emotionally, but for such an ordered and disciplined soul as his, this might not be such a bad thing…

For Kirin Wynegarde-Grey is a lion, in a world where humans are legend and animals walk like men. His is a Dynasty of cats, of lions and tigers, leopards and cheetahs, embracing and blending the cultures of Dynastic China, Ancient India and Feudal Japan. Half feline, half human, this is a world that has evolved on the heels of the fall of human civilization in a blend of science, fantasy and zoological speculation.

This is the journey of six individuals as they travel beyond the edges of the known Empire, into lands uncharted and wild. But the dangers do not only lie in the unknown lands, for there are those in the government who do not wish their mission to succeed. Theirs is a journey of magic and mystery, science and swords, romance and intrigue. It is a journey of different perspectives and unexpected kharma and love found in surprising places. It is a journey that takes place five thousand years or so in the future, naturally in the Year of the Tiger.

'To Journey in the Year of the Tiger' on Amazon!

"It's hard to find fantasy from new writers that isn't trying to clone previously successful series, but this delightful series by H. L. Dickson proves to blaze its own trail as it relates the story of a band of anthropomorphic cats (lions, cheetah, tiger, leopards, etc) undertake a quest to solve a deadly mystery that threatens their Empire. Dickson's characters are what keep this story moving, and I definitely connected with her dysfunctional family along their lengthy journey.

Books based on fantasy versions of medieval Europe are endless, so it was refreshing that Dickson's setting is a fantasy version of China instead. The blend of ancient Chinese myth and tradition in her world worked very well to this reader unfamiliar with such things. I was pulled into the story without any lengthy backstory or explanations. In fact, Dickson is such a good writer that even a sudden revelation that throws science fiction into the story isn't jarring, it just adds to the intrigue. I won't say more because to do so would spoil the surprise that definitely changes the tone of the entire quest.

What really hooked me was the characters. Dickson takes a stock of familiar archetypes (the stoic, the jester, the arcane, the studious, the fierce, etc) and fills them with flawed personalities that make them all the more appealing. Normally I'm drawn to a single character as a favorite, but I really like the entire band, which is a rare feat indeed. This is a quest story, so there is a lot of journeying. Having characters that keep you intrigued is worth every step of their trek.

Bottom line: I really can't find anything not to like about this book. Highly recommended to any fan of fantasy, talking animal characters, or an all around adventure story with well-developed characters and a compelling story."

To Journey in the Year of the Tiger is available at these fine outlets: