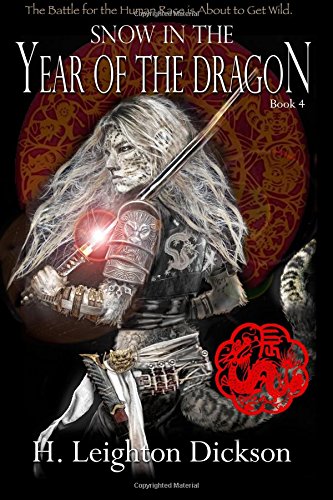 Autographed Trade Paperback, SNOW IN THE YEAR OF THE DRAGON, plus Bookmark & Shipping

“Shame comes to the House of Fangxieng! Shame sits on the old wooden seat!”

The dying words of an hassassin, sent to kill Empress Thothloryn Parillaud Markova Wu, echo though the halls and prayer rooms of Pol'Lhasa, as political tensions seethe in this next chapter in the Rise of the Upper Kingdom. With a coup threatening the Eastern Kingdom, and anarchy in the North, Unification has never seemed so far off.

The Shogun-General’s team is divided and facing hostility at every turn. Back in Pol'Lhasa, Sireth and Ursa are determined to uncover spies at the highest levels of government, while Setse and Yahn Nevye struggle with the daunting task of training Oracles in a land that despises them. Solomon finds life, death and deceit in Sandman 3, Kalgoorlie, and the Sandman bases of NorAm regroup in the shadow of IAR.

Meanwhile, Kirin, Kerris and the others journey to the mysterious city of Shin Sekai under the 'protection' of the Snow Guard. Here, they discover a gruesome secret at the heart of the Capuchin Council and the Court of the Rising Suns. With snow and Snow thwarting their every move, the leaders of the Nine Thousand Dragons will be hard-pressed to get out of this New World alive.